Paris sets the standard for many things, and gourmet desserts are no exception. In this culinary paradise, pastry shops are constantly improving and reinventing their sweet treats. From creativity to style; here are the top 5 patisseries in Paris.

One of the most famous patisseries in the world, Ladurée, has been delighting customers since 1862. What started as a small bakery has grown to be one of the top names, with six branches in Paris and over 50 worldwide. This luxury shop and café sells all kinds of sweet treats, but their pastel-colored macarons are what you need to try. Stop by the branch on the Champs-Elysées before hitting up Louis Vuitton; you can enjoy your selection of macarons on the terrace while sipping a cup of their Marie Antoinette tea.

For authentic French desserts, visit Gerard Mulot. Established in 1975 in the creative neighborhood of Saint-Germain-Des-Prés, this pastry shop quickly made a name amongst gourmands for its high quality and refined taste. Since then, Gerard Mulot has opened a chocolate shop, Magasin Glacière, and a tea room, Salon de thé L’Amaryllis. They specialize in fruit tarts, and customers line up for their Christmas cakes. Try the Amaryllis pastry, which is filled with a sweet vanilla cream and garnished with raspberries and strawberries.

New to the sweets scene, La Pâtisserie des Rêves first opened in 2009. Despite being less than 10 years old, this patisserie has caught our attention. They even have five shops in Paris and branches in Tokyo, Milan, and Abu Dhabi. Brainchild of pastry chef Philippe Conticini and visionary hotelier Thierry Teyssier, La Pâtisserie des Rêves serves reinvented French classics inspired by childhood ‘gourmet memories’. Some examples include the lemon meringue tart, calisson, and Saint-Honeré. Make sure to order the Paris-Brest, which was voted the best in Paris. This choux pastry is filled with a praline cream that’s airy in texture and concentrated in flavor.

Café Pouchkine is what happens when you mix French patisserie culture with elaborate Russian style. This pastry heaven is on the ground level in the Printemps department store and has drawn loyal clientele since its opening in 2010, although their branch in Moscow has been open for decades. Pastry World Champion, MOF Glacier, and one of the biggest names in the industry, Emmanuel Ryon oversees from Moscow as Head Pastry Chef. You need to try the shop specialty, the Paris-Moscou. This caramel cake is infused with fermented rye liqueur and encapsulates the spirit of Café Pouchkine.

If you’re live for fashion, a stay in Paris is not complete without visiting this patisserie. Angelina first opened its doors in 1903 under the ownership of Austrian confectioner Antoine Rumpelmayer. Immediately, the elegant and refined salon attracted the fashionable and affluent, with notable patrons like Coco Chanel. Today, fashionistas gather here over cups of chocolat chaud, Angelina’s famous hot chocolate. Served with a glass of water, this beverage is rich decadence. Pair yours with the Mont-Blanc, Angelina’s specialty made with meringue, smooth chantilly, and chestnut cream.

The history of the patisserie

French pastry has been around for ages, but while it was strictly enjoyed royalty and nobility back in the days (think of Marie Antoinette e.g), it has now become a public property. One of the most reputed names in the patisserie industry, is Ladurée. Louis Ernest Ladurée opened his first patisserie back in 1871, when café culture was booming. The café was actually the very first of its kind, and it quickly caught the attention of fashionable ladies, who wanted to gossip and feed their sweet tooth at the same time. A well-known painter by the name of Jules Chéret, was hired to decorate the little shop in a way that it would resemble the Sistine Chapel and Paris’ very own opera - and so the fairytale began. Ladurée inspired many others to open similar shops, but the brand is still regarded as le roi (the king) of the patisserie! 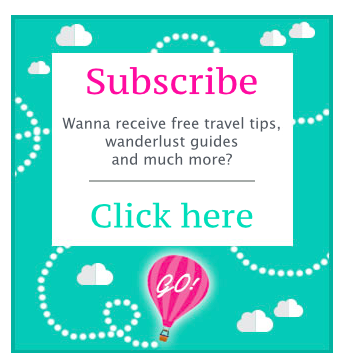