Salzburg is the home of Mozart, a historical city centre full of baroque architecture and the world-famous musical The Sound of Music. Do you need more reasons to go? Then take a look below.

In around 15 BC, Salzburg was an important town in the Roman Empire (back then it was called ‘Juvavum’), and around year 700, it was named ‘Salzburg’ (meaning ‘salt castle’) - deriving from the barges carrying salt on the Salzach River. In the 18th Century, the city grew to be one of Europe’s leading cultural hubs. Mozart was born here and Salzburg also played an important role in a philosophical movement called ‘The Enlightenment’ - a group of ‘free thinkers’, who played an important role in the development of modern society.

Even though Salzburg is not a significantly big city, it is home to three universities and therefore regarded as a centre of education. One can easily feel the mix of younger and older generations when walking in the streets. Students are busy shopping or hanging out in cafés while older Austrians enjoy an afternoon stroll or a trip to the opera, and it feels very natural.

In the 1960’s, a block buster movie was recorded in Salzburg. It was of course The Sound of Music, which gained massive success and still serves as a great draw for tourists. It is possible to visit the filming locations alone or in groups.

Once you have experienced a glimpse of Salzburg’s enchanting scenery, there is simply no way back. Not only is the city surrounded by beautiful mountains and the Salzach River, the historical city centre is listed as a UNESCO World Heritage Site for nearly 20 years. During summer, both inhabitants and tourists enjoy life on the banks of the river, where temperatures can reach 30-35 degrees Celsius. In winter, Salzburg is a snow-covered Christmas paradise! The city centre offers the most magical scenery with significant baroque towers, old houses and coffee shops. You will also find Festung Hohensalzburg - an old, well-preserved fortress overlooking the city. It is one of the largest Medieval castles in Europe.

Salzburg lies of the foot of the Alps, which means it is a perfect holiday spot for ski enthusiasts. During winter, there is a daily snow shuttle to the ski region of Flauchen.

When thinking of Salzburg, coffee and cake simply has to be included. Coffee - originally descending from Turkey - has always played an important role in Austria. In fact, Austria was one of the hubs of the developing coffee culture along with Poland and Italy. Back then (in the 17th Century), Salzburg was a very popular place amongst aristocrats, so when coffee arrived in Vienna, Salzburg needed some too, obviously. In 1703, Salzburg’s first café opened its doors. Its name was ‘Tomaselli’ and it is still there today! Since 1760, Tomaselli has been located on Alter Markt Square in the very heart of the city. Some people claim that Tomaselli is the oldest café in the Western part of the world, so naturally, a visit here is absolutely mandatory!

We love the coffee scene in Salzburg due to its authenticity and formality. It is still normal to see waiters in dinner jackets and holders for newspapers, and the cakes are lavish and tasty. Apart from Tomaselli, we recommend a visit to the very traditional Café Niemetz, Café Fürst (selling the original Mozartballs) or Café Sacher (same owners of the famous Hotel Sacher in Vienna).

Are you a fan of luxury shops and quality fashion brands? Then Salzburg should definitely be on your must-visit list! Just take a stroll down the narrow streets in the Old Town, and you will immediately sense that this city values not only luxury goods, but also quality. Salzburg is still quite old-fashion, so it makes perfect sense that the city offers a collection of independent boutiques, confectioners and antique shops. Do you need a handmade umbrella, a pair of genuine leather boots or what about a set of porcelain made from the finest chinaware? You will find it here! More and more chain shops are finding their way to the old streets, but do not despair. Along the main shopping streets of Goldgasse and Getreidegasse, you will find several charming courtyards dating back to the Middle Ages. They remind you that Salzburg has always been - and will always be - a city of high standards.

The city is full of fine dining restaurant offering anything from local specialities to international delicacies. If you are a fan of sweets, there is hardly no better place to go (Mozartballs, anyone?), but lovers of fine dining will also feel at home here. In fact, Salzburg is well stocked with Michelin stars. Maybe it is the fact that the city has been heavily influenced by Hungary, Italy, Romania and Czechoslovakia, or maybe it is just Salzburg in a nutshell; you will never leave with an empty stomach! Feeling just a little hungry? Enjoy a broiled sausage from one of the many streets stands, or pay a visit to one of Europe’s largest beer cellars; Augustinerbräu. Looking for something a bit more upscale? Then ‘Carpe Diem’ in the city centre is a good suggestion. This trendy place offers both a restaurant, a bar and a lounge making it the perfect place to hang out on a Friday evening. ‘Ikarus’ at Hangar 7 (just a stone’s throw from Salzburg Airport) offers yet another unique dining experience. This Michelin-star restaurant is owned by Red Bull boss Dietrich Mateschitz, who - apart from his large collection of airplanes, a massive building of glass and steel and changing art exhibitions - welcomes visitors with a different star chef every month. Definitely a fun and different experience, which is worth the trip. Ikarus is located approximately 15 minutes by car from the city centre.

On board Finnair’s new Airbus A350

MASH Penthouse: Wine and Dine on top of Copenhagen 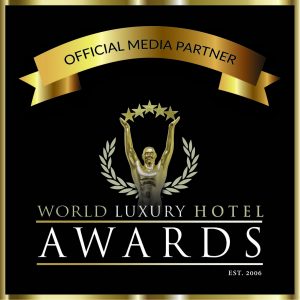